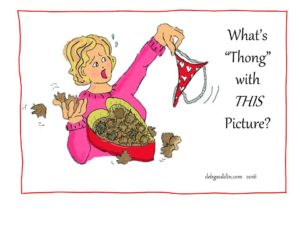 Trying to Slow Down A Little 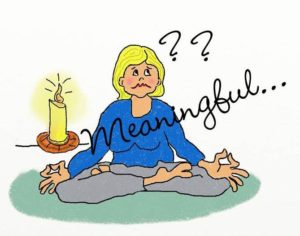 Can any of you relate to being chronically overcommitted, well intentioned, but seriously depleted? I didn’t think so.

This was the case years ago, when I reached out to a friend who was also a spiritual advisor. When tempted to say yes, she suggested I pause and mindfully seek guidance from my Source.  We role-played ways I could claim this space for spiritual connection and contemplation. We practiced ways to graciously say no. I vowed to only accept opportunities deemed “meaningful”.

Soon after, the grade school librarian called and asked if I would be kind enough to come in and help with Aids. I took a deep breath and recited my well-rehearsed mantra. “Thank you for asking. I will give this some thought and get back to you”, I responded.

Step two.  It was time to ask for guidance. I would do this perfectly. I gathered my supplies. Retrieving a candle, I turned on soft music, and donned my favorite meditation bra. Breathing deeply, I sought the best reply.

AIDS…hmmm…was this meaningful? Who better than a nurse to come in and sing to the children about AIDS?  I knew a song about the AIDS quilt.  Yep, this was meaningful.

I returned the librarian’s call. She was very appreciative and wanted me there from noon to 3pm.  Now I love health education, but there was no way I had enough songs about AIDS to fill three hours!

“We sure don’t want the children burning themselves.” she continued.  “Burning?” I asked. “While dripping hot candle wax onto their eggs” she emphasized.

My mind raced. What Eggs?  I thought she said AIDS!  She was asking me to help the kids decorate Ukrainian Easter EGGS!  I could barely choke out a trembling response.  “Eggs… Eggs aren’t meaningful!”

I have no idea what she must of thought about my response. As you might have guessed, I spent the following afternoon meaningfully coloring eggs! I am pretty sure I heard laughter coming from the heavens! 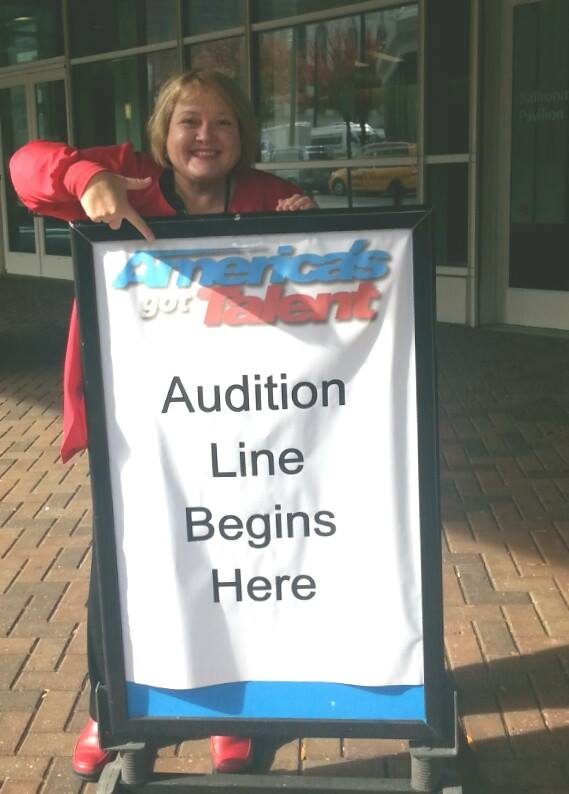 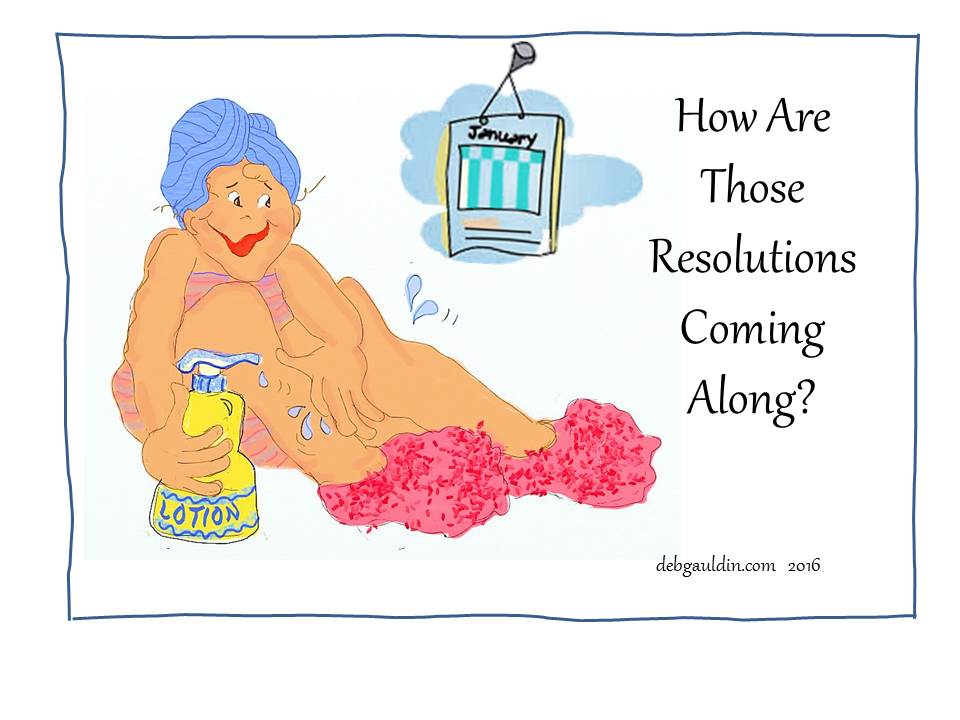 Happy New Year! Like many of you, I decided I would start the New Year off right by instituting an improved regimen of self care. OK, OK, with a few New Year’s resolutions. Call them whatever you would like, but I typically fall off the wagon somewhere between New Year’s Day and Super Bowl Sunday!

Because of this discouraging pattern, one December, I absolutely swore off making further resolutions. I recall that year clearly. It was New Year’s Eve and we were gathered with acquaintances, most of whom worked with my husband. As midnight neared, the hostess asked that we each share a New Year’s resolution with the group. What followed was a full array of stellar intentions.

First, I silently vowed that I would not betray my decision. Then, as the resolutions grew more and more impressive, I vowed I would only utter a resolution I planned to keep.

I was pondering whether I could realistically stop nuclear proliferation, when it was suddenly my turn. All eyes were upon me. I searched the recesses of my mind for a worthy goal. With great gusto, I announced that my resolution was to use more lotion. “Lotion? someone asked peering over her glasses. Yes, I replied firmly. “I like attainable goals.”

I felt ridiculous for suggesting something so mundane until the man next to me began laughing. Smiling from ear to ear, he divulged that his resolution was to look for the humor in his every day routine…. and to use more lotion. Soon, like a partridge in a pear tree, lotion was incorporated into everyone’s resolutions until we were all rolling with laughter.

The Year of the Royal Turkey

The Year of the Royal Turkey

Every Thanksgiving for many years there was one turkey in our home who escaped harm. It was a 3 pound turkey molded of chocolate and wrapped in decorative foil. Any other time of the year chocolate of any size and shape would have been fair game (pun intended), and immediately devoured.

We took delight in the way Aunt Callie’s annual hostess gift added to the table décor, but after a huge meal followed by pumpkin pie it was easy to pass up inexpensive chocolate. Often the bird remained intact and was replaced by its Easter Bunny equivalent. This year would have been no exception were it not for a moment of sheer desperation, precipitated by an unusually bad case of PMS.

It was a dark and stormy winter afternoon. Feeling premenstrual for at least 96 hours,. I was bloated, cranky, weepy and generally feeling sorry for myself. I was particularly stressed because my husband was away in London on business. The children had been more demanding than usual and were finally down for a nap.

“OK,” I thought. What do I tell others about self-care? I squeezed into some exercise clothes. I recalled those commercials claiming a little physical exertion decreased the symptoms of PMS. I groaned. Never mind. Next, I prepared some herbal tea and sat down to complete a journal entry and add an item to my daily “grateful list.”

“Hmmmmm”, I thought. “Something good about myself or my day. Let’s see. I almost did one sit-up…..and…. there must be something….Oh, yes, I’ve been particularly nice to small animals“, I scribbled pathetically.

The phone rang. It was my husband describing an evening dining at an authentic English pub. I glanced at the leftover Spaghetti-O’s cemented to the tray and one leg of my son’s high chair. A Currier and Ives scene came to mind as I wistfully envisioned the peaceful English countryside.

That was it. I feared I was going over the edge. I reached into the cupboard, groped for Turkey Lurkey, and in one swift move, ate off the entire head!

Sniffling, and sputtering bits of foil, I hung up on my bewildered husband and headed to my room for good cry followed by my own nap.

Later, I tossed the body of the turkey into the trash, paused, and on second thought, retrieved it. Smoothing the wrapper around its little neck, I held the shiny foil toward the heavens and regally decreed the Headless-Foil-Turkey serve as the international symbol of PMS forever more. Off with their heads! 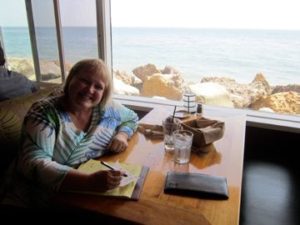